Fundamental to all firearms is the ammunition. This has a pivotal role in the safe operability of the firearm in question, and its effectiveness. A firearm cannot be used without proper ammunition. It will be just a useless piece of metal.

'Ammunition refers to the complete round/cartridge or its components, including bullets or projectiles, cartridge cases, primers/caps and propellants that are used in any small arm or light weapon' (UNGA1999b, para.14).

This was later adapted in the Firearms Protocol as:

'the complete round or its components, including cartridge cases, primers, propellant powder, bullets or projectiles, that are used in a firearm, provided that those components are themselves subject to authorization in the respective State Party' (Firearms Protocol, 2001, Art.3(c)).

In terms of classification, ammunition is generally indicated by measurement, in this case by 'calibre'. So what is calibre?

Pézard and Anders defined calibre as: 'the diameter of the gun's bore and is expressed in hundredths or thousandths of an inch (for instance, .22 or .357) or in millimetres (for example, 9 mm). Thus, the metric equivalent of a '.38' cartridge is a '9 mm' projectile. Cartridges with the same calibre can differ according to the length of the case (such as 7.62 × 39 mm, 7.62 × 51 mm, or 7.62 × 63 mm). One explanation for the large number of cartridge types currently in existence is that many countries used to set their own standards for their military weapons, such as the 7.5 mm French and .303 British round (Pézard, 2005, p. 11).

Regardless of its calibre, most ammunition will consist of a cartridge case, primer, propellant and projectile. 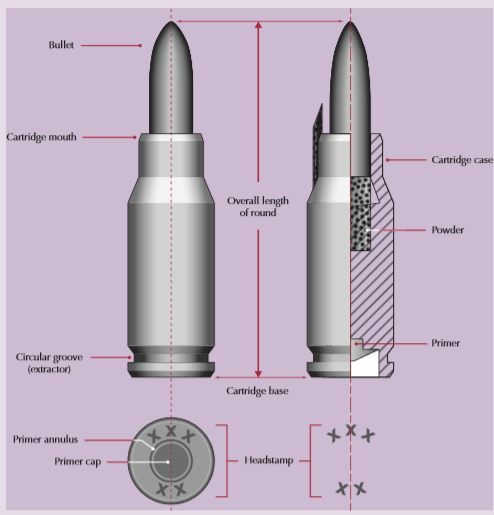 The projectile (bullet) varies in size, shape and purpose. What this means in practice is that bullets can have a single purpose or a multi-faceted one.

This is largely dictated by the calibre and choice of firearm. 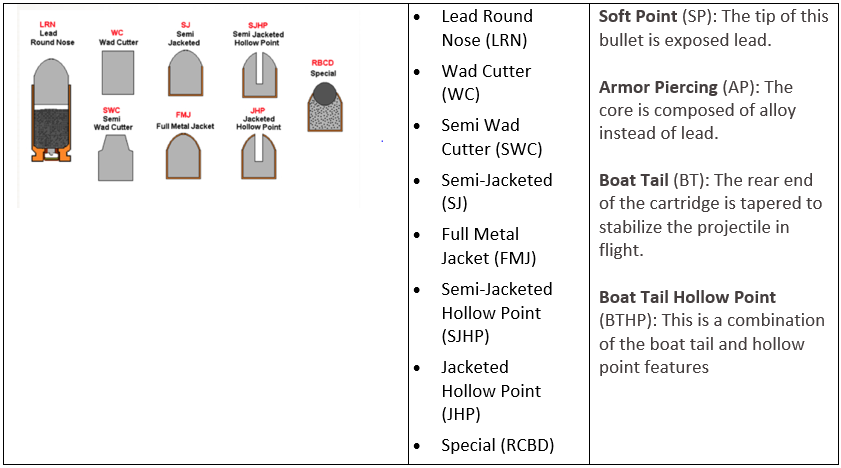 Proper identification of bullets, has, as in the case of weapons, legal, investigative and judicial importance.

From a legal point of view, various types of ammunition are either restricted or banned at the national and international level. For example, the 1899 Hague Declaration concerning Expanding Bullets states:

From an investigative point of view, ammunition plays an important role in ballistic identification and tracing of firearms.

IBIS, IBIN, Evofinder and ALIAS are a good example of standardisation of ammunition identification and tracing

There are situations, especially in cases when firearms are modified, converted or reactivated so they use other type of ammunition than the one the firearms were designed for. Therefore, a good understanding of ammunition and the way it is used will help in performing more complex tracing activities.

Conflict Armament Research, for example, performed ammunition identification and tracing of the Islamic State weapons and ammunition in Iraq and Syria, indicating the manufacturing countries of ammunition used by Islamic fighters 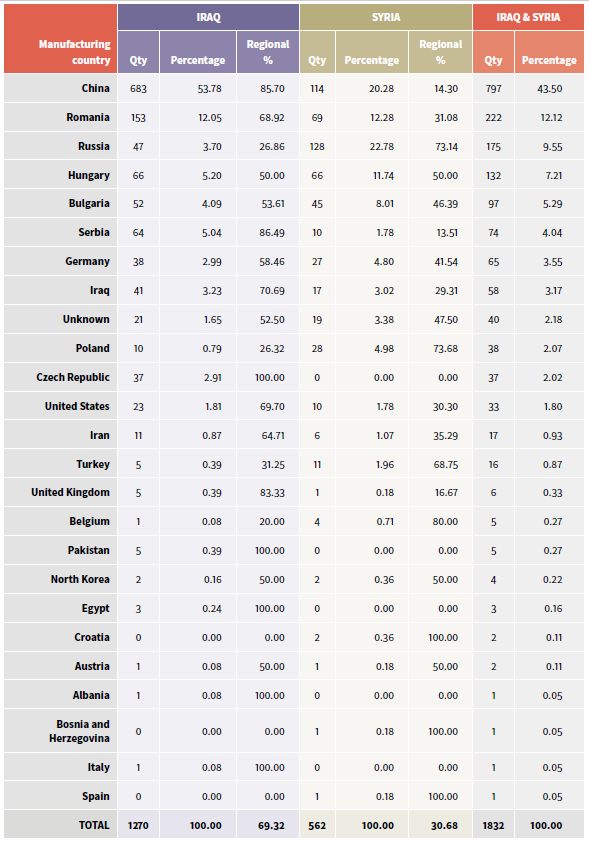 Using the same methodology Conflict Armament Research, performed ammunition identification and tracing in order to identify weapons supplies into South Sudan's civil war, showing once again the importance of good knowledge of firearms ammunition and characteristics in identifying the firearms and the illicit flows that facilitated the trafficking of these firearms in conflict zones.