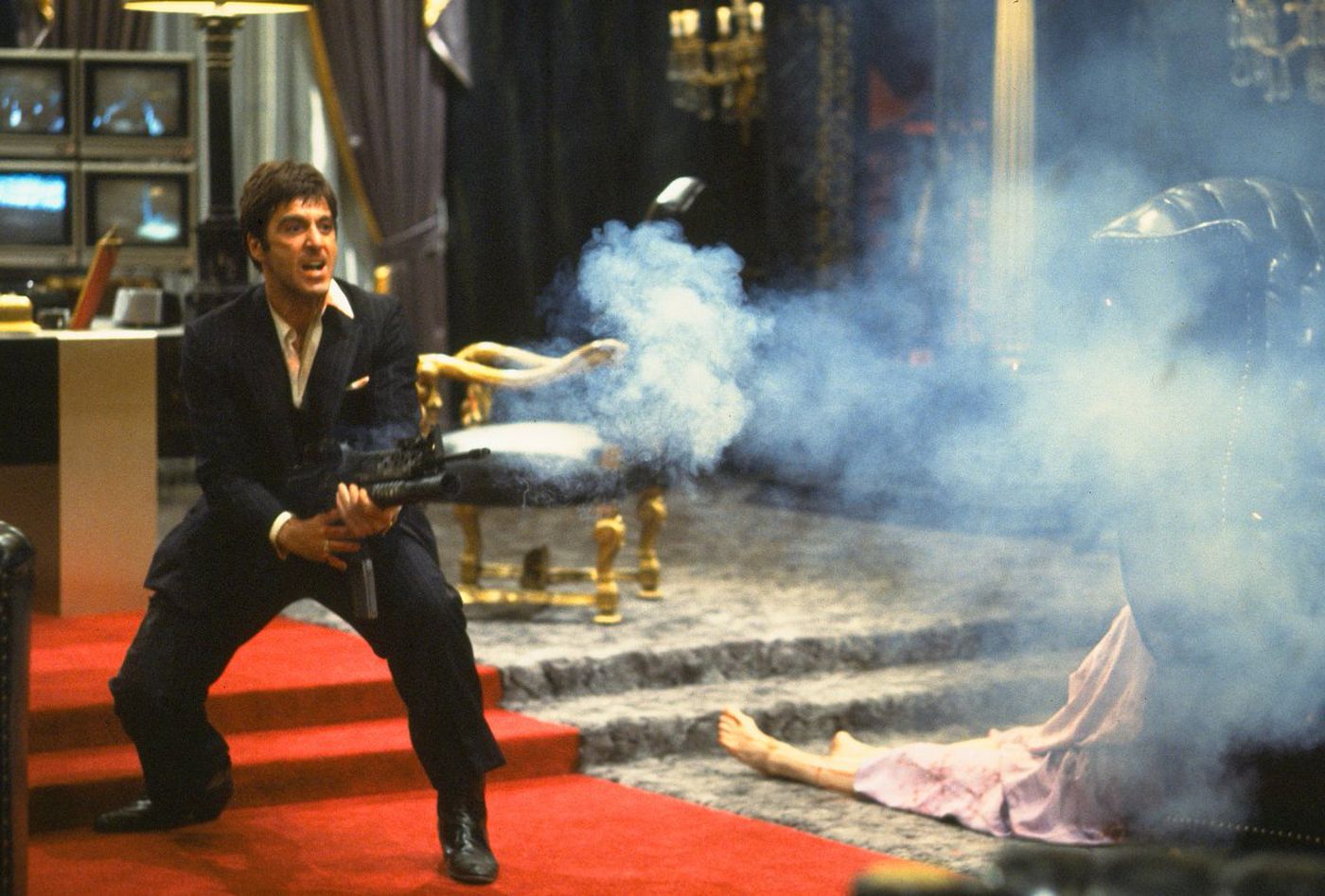 Tony Montana (Al Pacino) leaves Cuba during the Mariel exodus of 1980. He finds himself in a Florida refugee camp. His friend, Manny (Steven Bauer), accepts a contract killing in exchange for arrangements to be made for him and Tony to get a Green Card. They soon begin working for a drug dealer, Frank Lopez (Robert Loggia). Tony cherishes a dream that one day he would become a criminal boss too. He wants to control Frank's drug business and be with his mistress, Elvira Hancock (Michelle Pfeiffer).

As Frank is precluded from leaving the country for legal reasons, he sends Tony to Bolivia to help Omar (F. Murray Abraham) to set up a new distribution deal with Bolivian drug lord Alejandro Sosa (Paul Shenar). Tony proves to be an excellent negotiator and manages for Frank to become Sosa's largest North American distributor of cocaine.

Upon his return to Florida, Tony oversteps Frank's authority and manages to take over his drug empire. As Tony's business grows, not least due to Sosa's reliable supply of cocaine, he works with an influential banker (Dennis Holahan) who helps him to launder the increasing flow of drug money. He also collaborates with cops who not only turn a blind eye to Tony's operation but often assist him in his business.

Once at the top of the underworld pyramid, Tony's outrageous actions make him a target and everything comes crumbling down. Despite his partnership with the police, Tony is eventually arrested in an undercover operation. Tony's corrupt lawyer, Sheffield (Michael Alldredge), tells him that although he may get him cleared of the corruption and money laundering charges, Tony will probably have to serve at least three years in prison for tax evasion. Tony refuses this option. His cocaine addiction and paranoia grow strong. His wife, who becomes addicted to cocaine, is bored and emotionally distances herself from Tony. Tony's partnership with Sosa is terminated after Tony's failure in New York, where he was asked by Sosa to plant a bomb to assassinate a journalist before he would expose Sosa and his high-ranking partners, including a sugar baron, Bolivia's military chief, and mysterious CIA agent. Sosa's hitmen prepare to kill Tony. Tony arms himself with an assault rifle and grenade launcher, takes a large dose of cocaine, and guns down dozens of Sosa's men. He is outnumbered but keeps shooting until he lies dead.

Enron: The Smartest Guys in the Room (2005) - Alex Gibney, Director 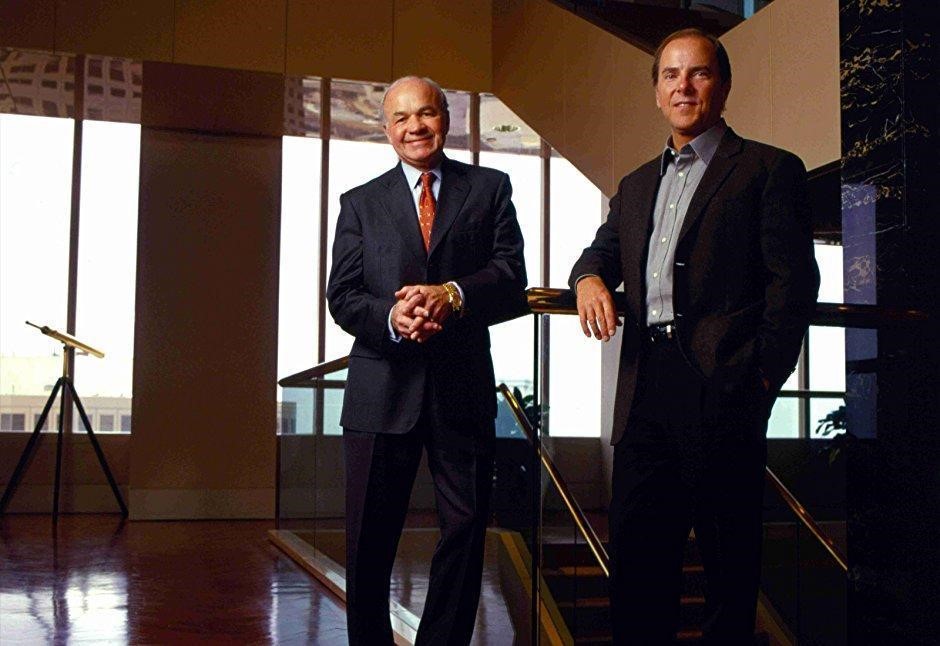 Based on a book about the case of one of the largest corporate frauds in history, the movie opens with the suicide of Enron executive Cliff Baxter. It then flashes back in time to the childhood of Enron chairman Kenneth Lay, and his rise in the corporate world, friendship with the Bush family, humble beginnings, and strong belief in deregulation of business. The movie points to a pervasive culture of financial malfeasance at Enron, a corporation that ultimately went bankrupt due to its massive fraudulent dealings. Lay is shown to encourage reckless risk-taking and profit skimming in oil trades because of profit. Enron also mounted a PR campaign to portray itself a profitable and prosperous company, when its global operations were performing poorly.

When future CEO Jeffrey Skilling arrived at Enron, the company's "aggressive accounting" was used to make the company appear very profitable, when it was not. The strategy included inducing financial analysts with huge contracts, hiding debts, questionable loans, and using deregulation of the electricity market to manipulate California's energy supply.

Lay, Skilling, and other executives were able to keep their wealth once the scandal broke revealing a massive fraud, while thousands of lower-level employees lost their jobs and retirement funds. The film raises questions such as whether the systematic corporate fraud at Enron was the product of unregulated free-market capitalism, or the result of a company that was run as a continuing criminal enterprise.