The United Nations Convention against Corruption The Convention against Corruption deals with corruption through a comprehensive set of provisions grouped in four chapters: prevention, criminalization, international cooperation and asset recovery (UNODC, 2012). Corruption is a very complex issue that can be dealt with only through a comprehensive approach. The four pillars of the Convention against Corruption are highly interdependent. For example, an approach centred entirely on reinforcing law enforcement responses would inevitably fail because it would overlook the importance of an adequate system of prevention, as well as the State responsibility to deal properly with the recovery of ill-gotten assets. Similarly, without a proper system of international cooperation in place, prosecution, adjudication and recovery of criminal assets would be unworkable, considering the transnational nature of economic crimes in general, and corruption in particular.

The Convention thus requires States parties to introduce effective policies aimed at preventing corruption. Preventive measures were included with the objective of providing measures involving both the private and public sector. These measures range from institutional arrangements, such as the establishment of a specific anti-corruption body, to codes of conduct and policies promoting good governance, the rule of law, transparency and accountability. The Convention also underlines the importance of involving society as a whole in the fight against corruption and invites each State party to actively encourage the involvement of nongovernmental organizations and foster community initiatives in this sector.

Similarly to the Organized Crime Convention, the Convention against Corruption goes on to require States parties to introduce criminal and other offences to cover a wide range of acts of corruption. In particular, the crimes covered include bribery, embezzlement and illicit enrichment. In addition, acts carried out in support of corruption are also included (obstruction of justice, trading in influence and the concealment or laundering of the proceeds of corruption). Significantly, the Convention against Corruption also deals with corruption in the private sector and provides for the protection of reporting persons (whistle-blowers), witnesses, victims and experts. The section on international cooperation contains provisions very similar to the Organized Crime Convention, including mutual legal assistance, extradition, and confiscation and seizure.

Finally, the most significant innovation and a "fundamental principle of the Convention" (article 51) is the recovery and return of assets. This chapter aims at creating a comprehensive framework that enables States to address the main objective of economic (as well as organized) crime: obtaining financial benefits. This part of the Convention specifies how cooperation and assistance will be rendered, how proceeds of corruption are to be returned to a requesting State and how the interests of other victims or legitimate owners are to be considered. The correct implementation of this chapter creates the conditions to recover ill-gotten assets from criminals and criminal groups. 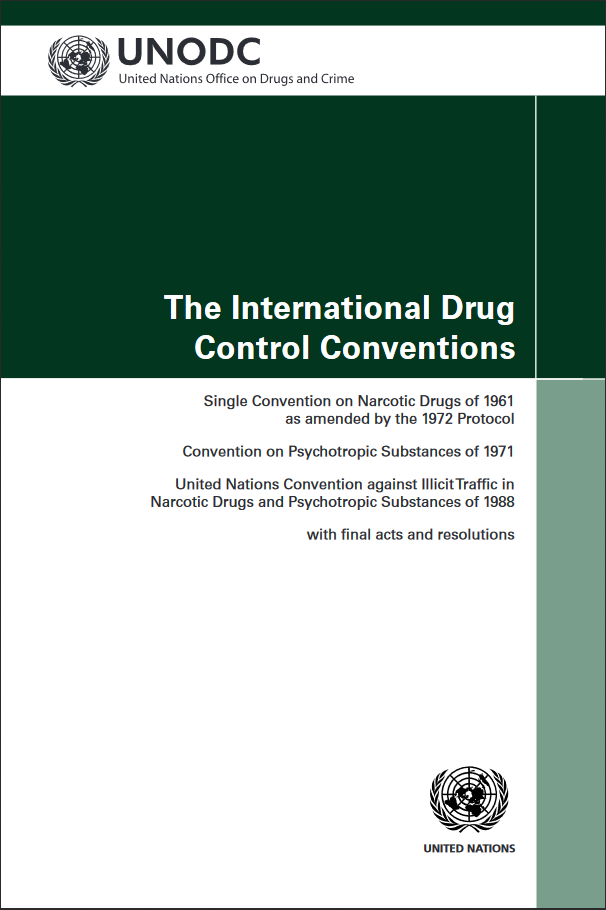 The Convention on Psychotropic Substances (1971) extended the international drug control system to include hallucinogens, stimulants, and sedatives, such as LSD, amphetamines, and barbiturates and was enacted after an upsurge of drug use in the 1960s. The United Nations Convention against Illicit Traffic in Narcotic Drugs and Psychotropic Substances (1988) extends the control regime to precursor substances frequently used in the manufacture of illicit drugs (i.e., drug precursors), focuses on the growing problem of international trafficking and strengthens the framework of international cooperation in criminal matters, including extradition and mutual legal assistance. Please, see Module 3 for more information on drug production and trafficking.

Drug trafficking plays a major role in organized criminal activities, so it is necessary to take into account these drug treaties with the Organized Crime Convention. Though they precede the Convention by several decades, they were designed to accomplish similar purposes, such as combating illicit activities which benefit organized crime, and they include similar provisions to reach this objective (e.g., anti-money laundering provisions). Furthermore, the drug control treaties much like the Organized Crime Convention stress the importance of international cooperation in these endeavours.

Next: United Nations Office on Drugs and Crime (UNODC)